Surface Design Brought to You by Michael's 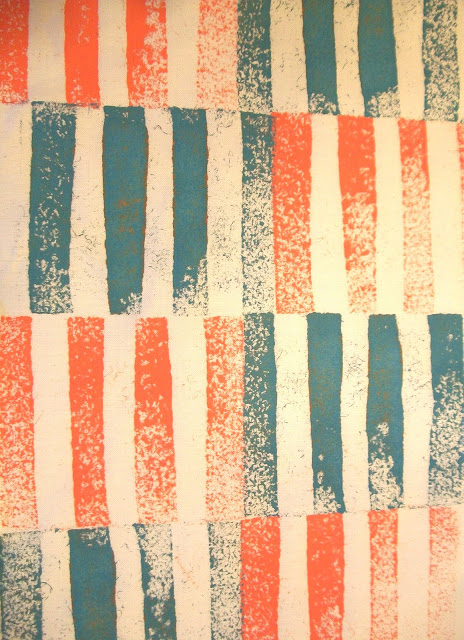 I finally had the opportunity today to try out some of the finds from Michael's. 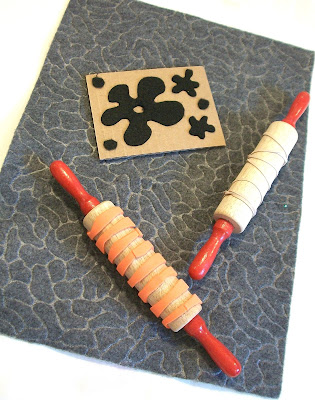 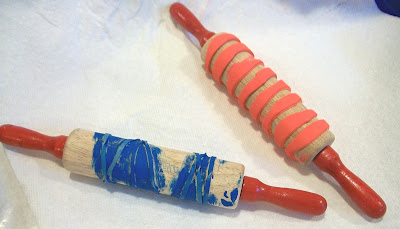 I cut some flower shapes from the adhesive felt and stuck them on corrugated cardboard. 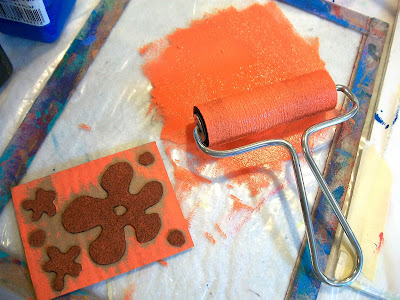 It turns out that the textured felt piece did not have an adhesive backing. So I decided to use it under the piece of fabric I was printing and do a rubbing using a foam brayer.

Here are the results. 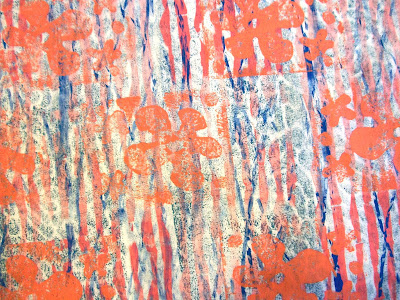 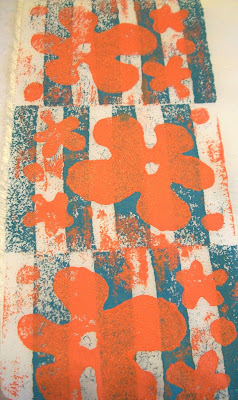 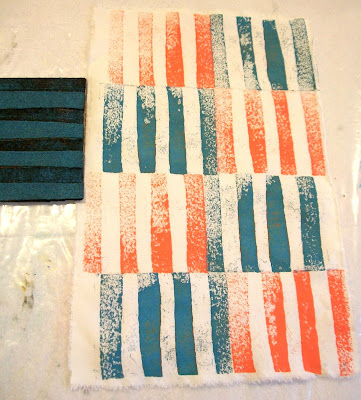 I think the adhesive felt has potential. Two interested things I noticed with the striped piece. I first used orange paint and then switched to a muted blue. While printing with the blue, I noticed that some of the orange was coming through. The felt had soaked up the original color and was still releasing it subtly. The other thing I noticed was the soft effect of the felt in some places...with some "furry" flecks.
Posted by Thread Born at 4:15 PM

Having fun with Stitch Play! Here's a sample using variations of Chain Stitch and inspired by adjectives!

Julie B. Booth is the author of Fabric Printing at Home published in 2014 by Quarry Books. It is still available through second hand book sellers. Don't be fooled by pirated editions on Amazon! My book is dedicated to playing with materials from your kitchen to design and create beautiful, unique fabrics! Below are some book reviews.